Before Araragi’s chance encounter with Kiss-shot, he made a friend. They’ve been schoolmates for quite sometime, but Araragi has always been somewhat of a loner. Hanekawa didn’t catch his eye until a gust of wind blew her his way. However, it would seem fate actually blew Araragi towards Hanekawa. Chasing a rumor to help bring about a change in her life was what she was after, and she would find it through Araragi. Unfortunately, the closer she got, the more he pushed her away. Even after telling her off, Hanekawa clung onto Araragi. And after witnessing his battle against Dramaturgy, she was intertwined with his fate. Her life truly would never be the same, but it put her in a world of danger. During the fight with Episode, Hanekawa was deliberately targeted for interfering. The blood she spilled on that day exposed a fear Araragi was not familiar with. Something precious to him nearly slipped away before his eyes. Victory and saving Hanekawa were well within his scope, still that unshakable fear stayed with him. As such, instead of pushing her away, he had hoped to begin their relationship anew once the school semester began. Once these nightmarish battles were over, it would just be a fevered dream of the past. Sadly, even with Hanekawa agreeing to wait for him, Guillotinecutter had other plans. Taking Hanekawa was unfortunately the wrong move for Guillotinecutter. Araragi didn’t simply show up to the battlefield for limbs, he’s come to sacrifice his humanity for one he admires.

Kizumonogatari continues to prove to be an unforgettable watch. Between Shaft’s untouchable style, the bubbling romance, and the quest to take back Kiss-shot’s limbs, there’s a lot to appreciate. Personally, I found the action sequences to be the highlight of this film. Anime in general struggles to put out stellar scenes like this regularly, so seeing this for the first time was a breath of fresh air. Moreover, the story of Koyomi Vamp shall conclude with the next review. I can’t say when that will be, but let’s just hope the summer season doesn’t murder me. Getting out a single movie review per a season has proven to be a struggle. Anyhow, all the hunters have been defeated. Enjoy feeding Kiss-shot! 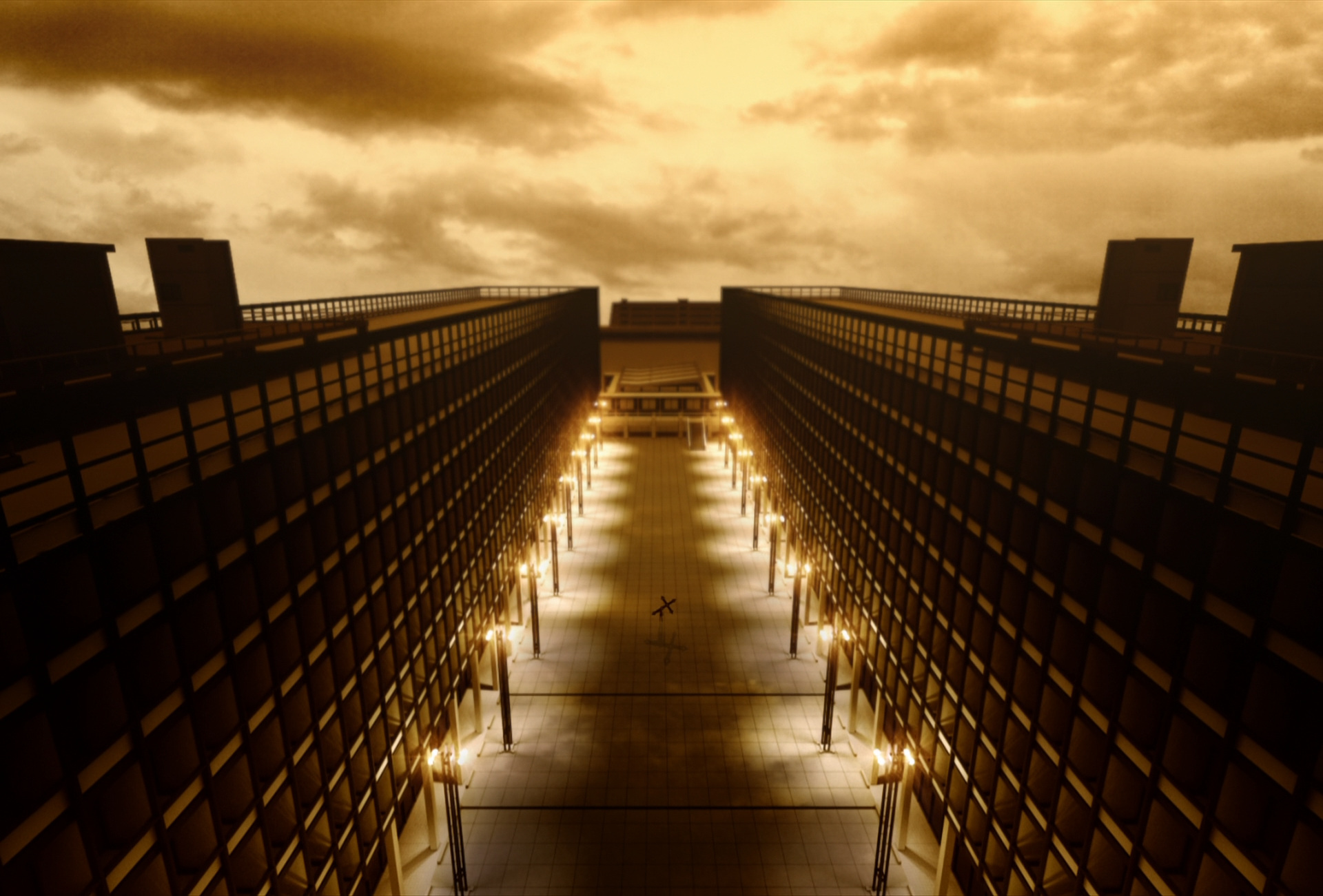 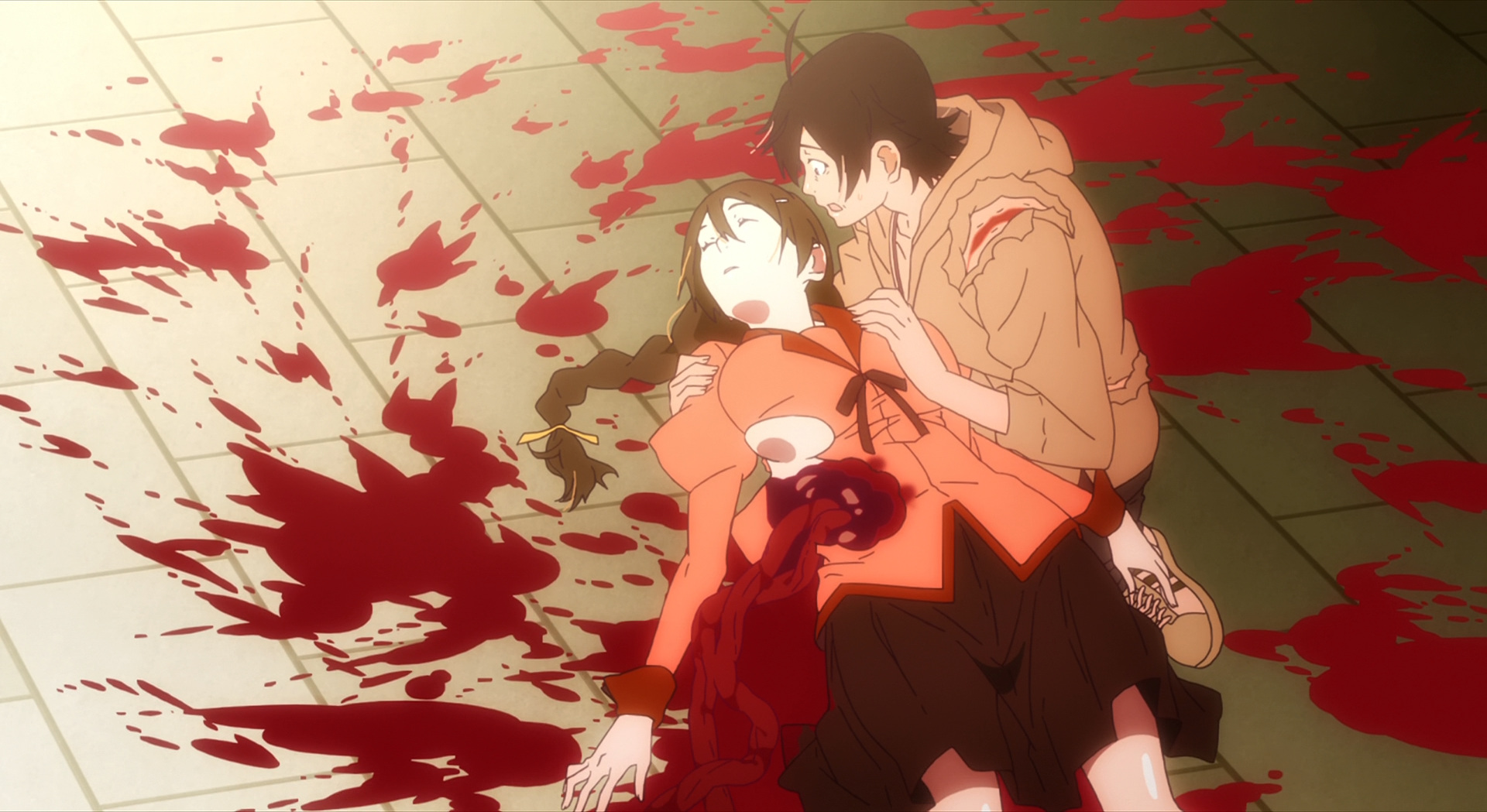 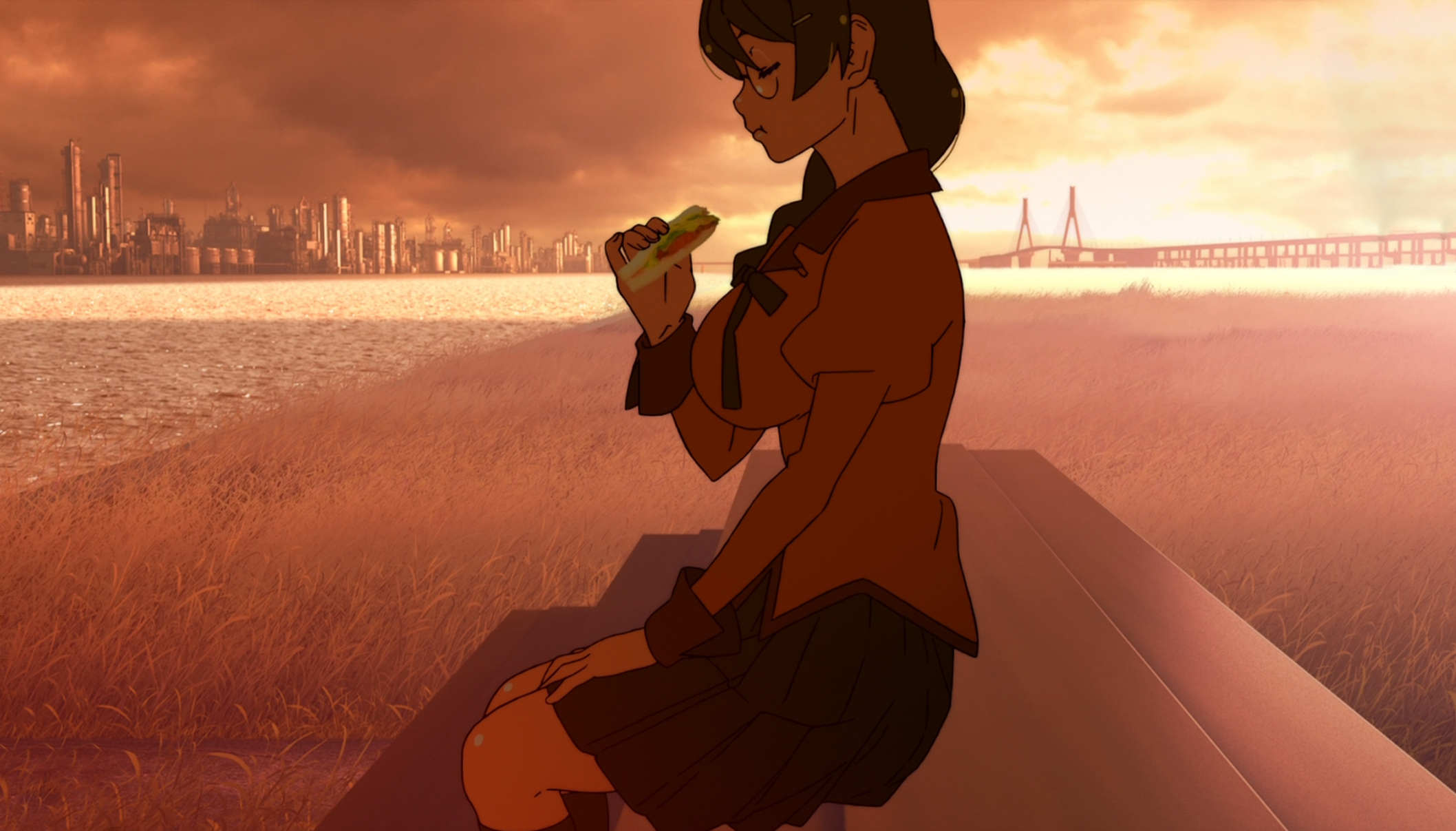 Can she be trusted? Hold your breath, we’ll be back one day with the results!